Juice presses are gaining popularity in the culinary scene with chefs getting creative with how they are using the equipment as part of their tool-set. Chef Gary FX LaMorte, specifically, is expanding the concept of “cold-pressed” to include broths for traditional seafood cuisine.
“Having the Goodnature X-1 Mini in our arsenal of equipment gives a competitive edge in the kitchen. Cold-pressed savory raw broths such as aguachile and gazpacho are far more superior than traditional methodology.” – Chef Gary FX LaMorte

Do you have any creative uses for a juice press? Let us know in comments below or on the Goodnature Community forums!
The post How Chef Gary FX LaMorte Uses His Goodnature X-1 Mini Pro appeared first on Goodnature. 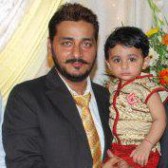